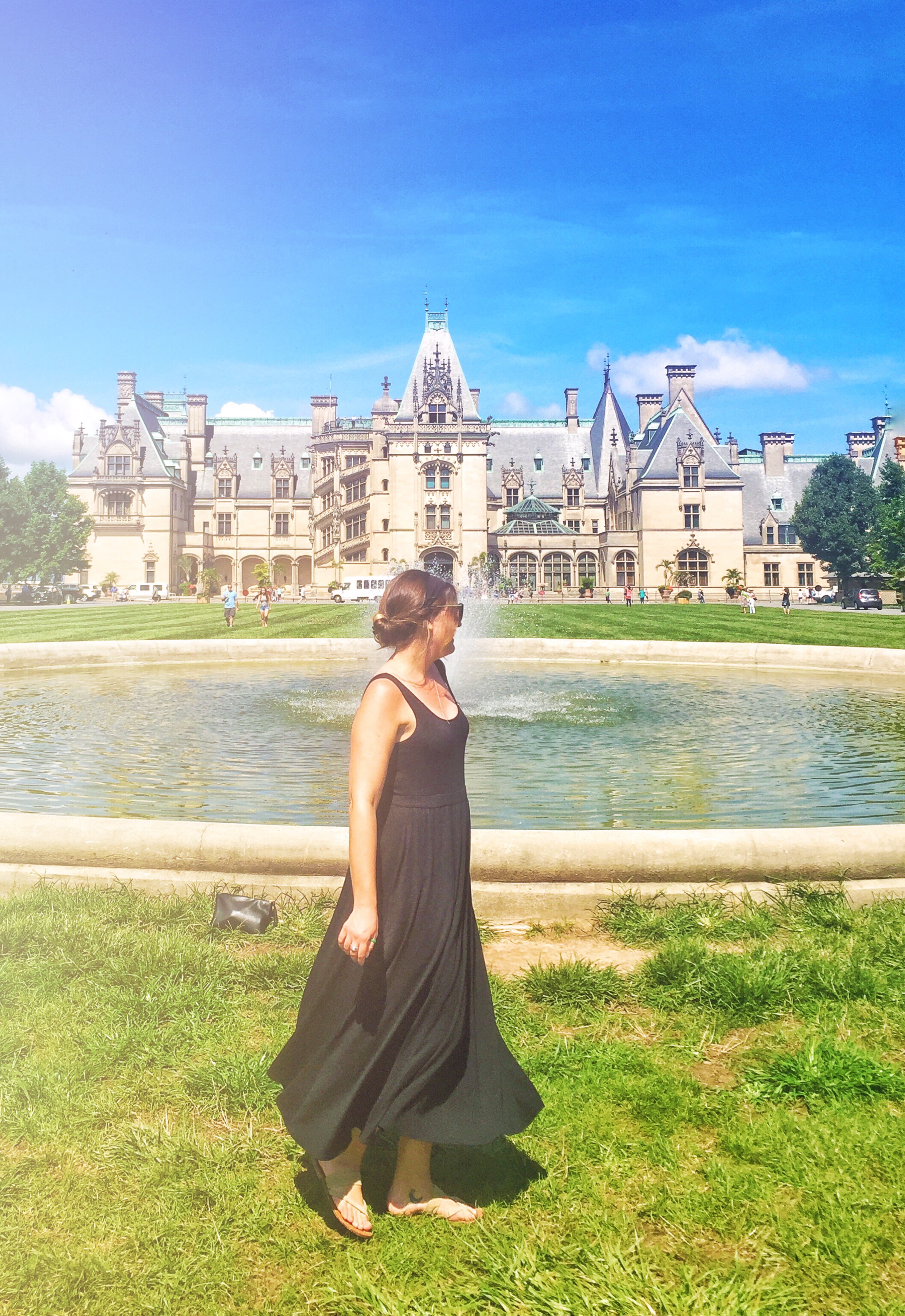 Having lived eight years in North Carolina, it’s a wonder that it took us moving away to finally make it a point to visit Asheville. From the moment we arrived, I regretted not having spent more time there in the first place. Though the Land of the Sky was only a part of our journey along the Blue Ridge Parkway (more on that, later), it’s a destination worthy of spending a week on all by itself (and since we like to plan our vacations around how many restaurants we can cram into one visit, maybe even longer).

Between cramming in as many good meals as we could, guzzling (did I say guzzling? I meant elegantly sipping and tasting) a huge variety of beer from Asheville’s many breweries, and exploring new hiking trails (one of these things is not like the others), we managed to dedicate almost a full day to the glorious Biltmore Estate. And what a well-spent, almost-full-day it was. 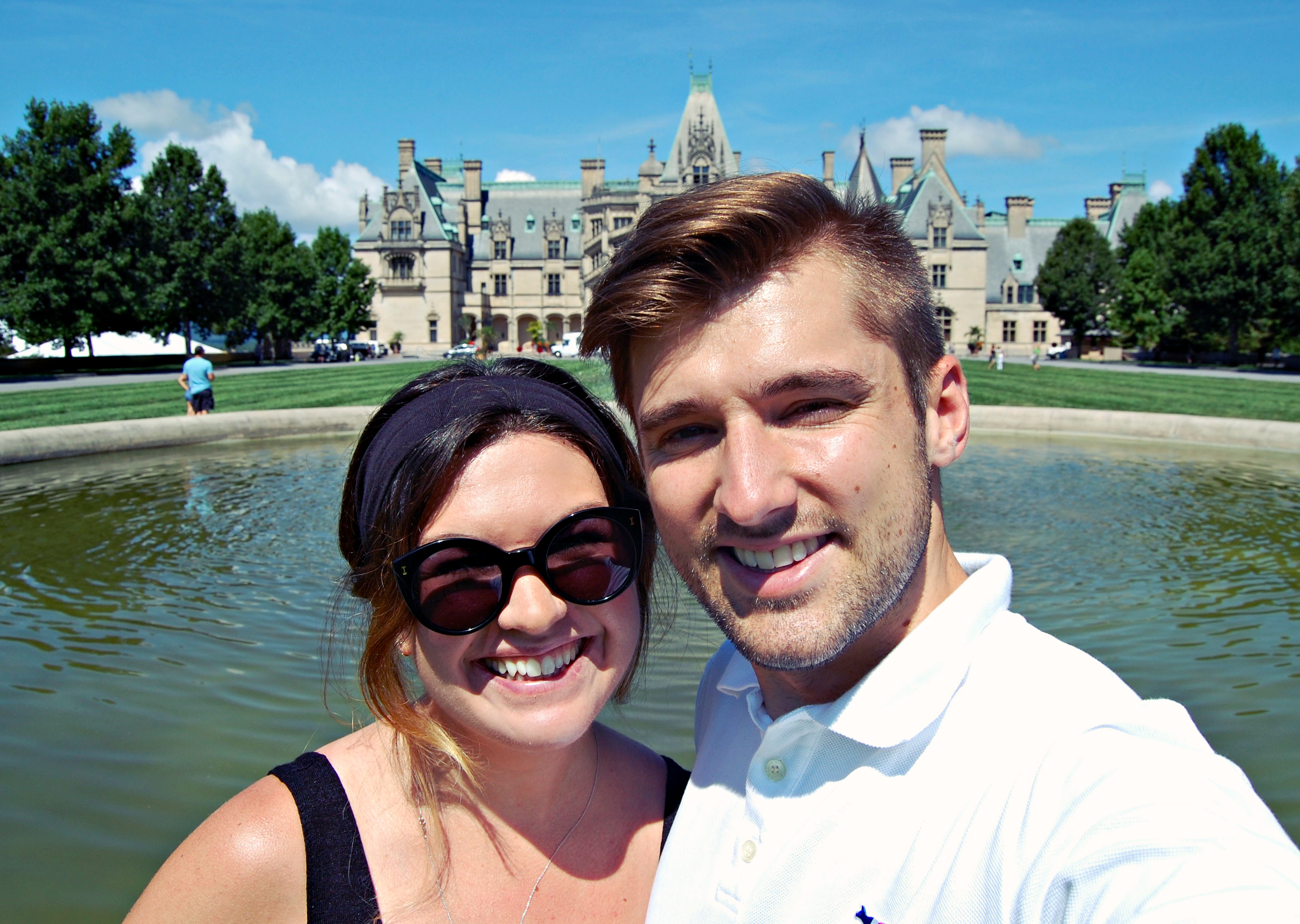 The abridged version of the Estate’s story is this: George Vanderbilt visits the Blue Ridge Mountains with his mother in 1888, falls in love with its striking views (I can relate), and decides, “I shall build my country home here.” Because when you think country home, you think “250-room French Renaissance chateau,” as it has been described on its website. Construction on the estate begins a year later in 1889, and the house officially opens to Vanderbilt’s friends and family on Christmas Eve, 1895 (and all I got this year was a coffeemaker). Other notable points on the Biltmore’s timeline include the construction of a dairy and horse barn in 1900; the estate being opened to the public in 1930; and the beginning of the family’s venture into winemaking in 1971.

You don’t have to be an avid watcher of Downton Abbey to appreciate a visit to the famed Biltmore Estate, but if you are, er, were, I guess, it’s all you’re going to be able to think about. This place is grand beyond belief—it’s the estate other estates imagine themselves to be when they’re having delusions of grandeur. If estates had thoughts and feelings. Which, maybe they do? Who knows?

Straightaway, my first impression of the Biltmore was both incredible and unexpected. I thought, how can a house be so impressive? But there it was, its towering presence looming at the end of a long paved road, with its immaculate lawn and elegant fountain, and I was sold. I’d be lying if I told you I didn’t go through a series of fantasies in the time it took to even walk up to the entrance. I was a countess invited to a grand weekend affair. No, I’m a journalist spending the night on haunted grounds, sent to uncover its curse. No, this is actually just my house. 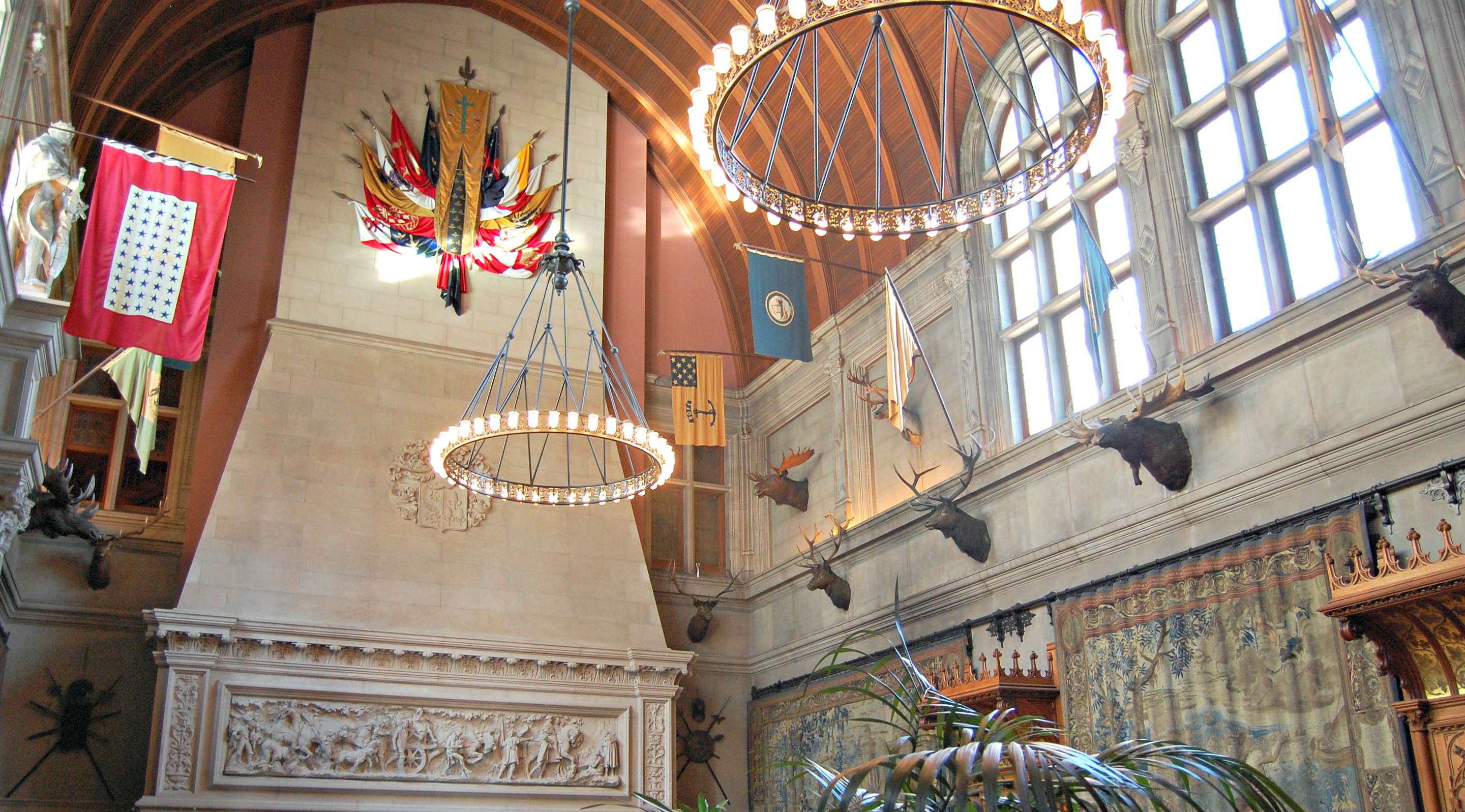 Looking up in the banquet hall of the Biltmore Estate

The library of the Biltmore estate

The Breakfast Room. Can we just acknowledge that ceiling?

Though they do offer a guided audio tour of the estate, we opted to go it solo—I’ve found, over the years, that J is as good a guide as any (better, even), and he narrated our way through each room. Richly-decorated bedrooms, a dining hall complete with pipe organ, and a library that had my imagination running again (this time, I’m Belle from Beauty and the Beast), were some of the highlights from above.

Winter Garden, near the entrance of the home 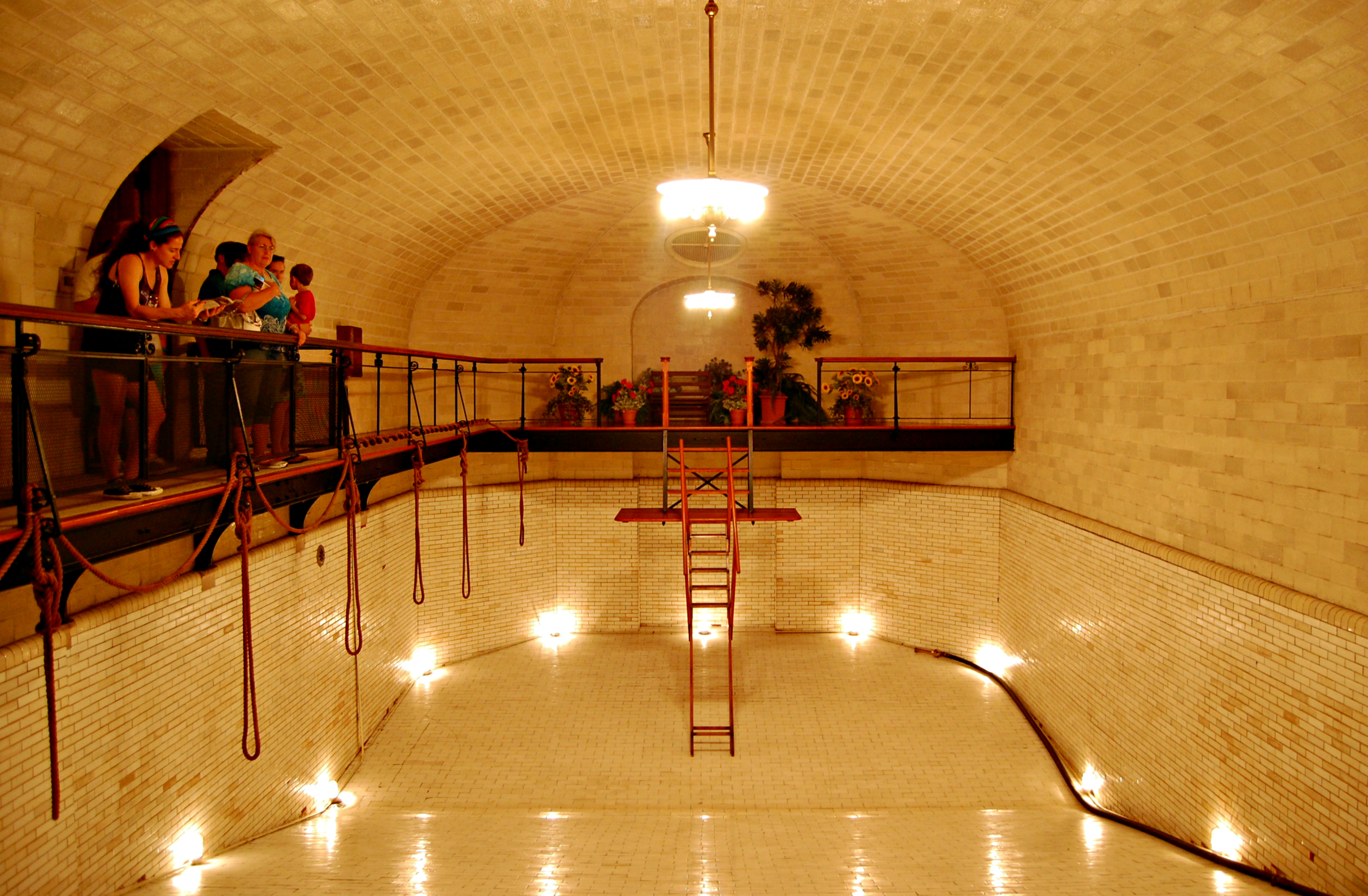 The basement-located swimming pool, inspiration for many modern horror movies (I kid, I kid).

And this is where Downton Abbey really comes through: down below, in the basement. Wandering through the kitchens (main, pastry, meat: The usual), the modest dining area and sleeping quarters, I couldn’t help but imagine the staff of the house hard at work, buzzing with the drama of who’s sleeping with who and how to sabotage the head butler. And then we visited the swimming pool (also located in the basement), and I’m back in the horror movie again. 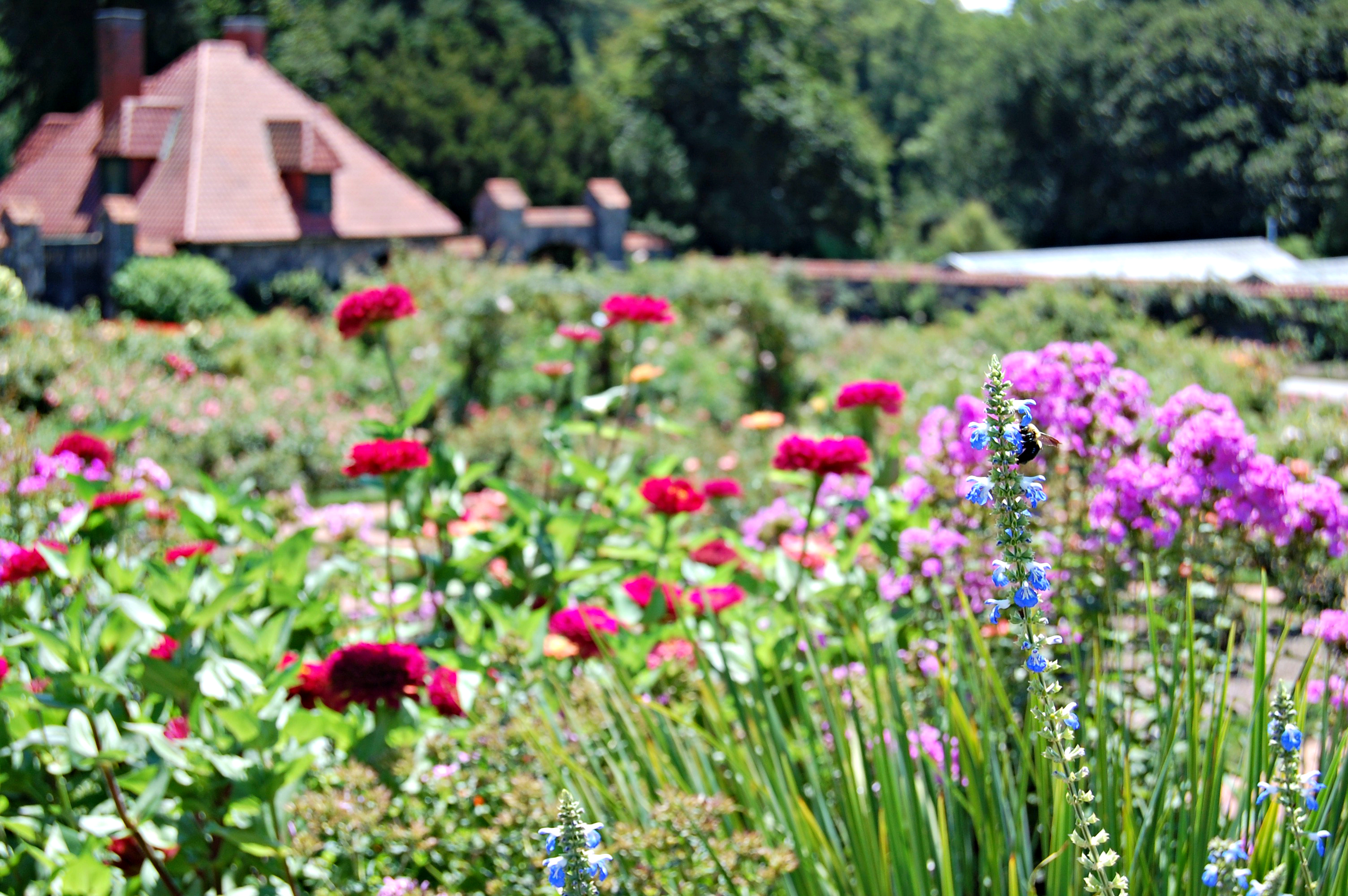 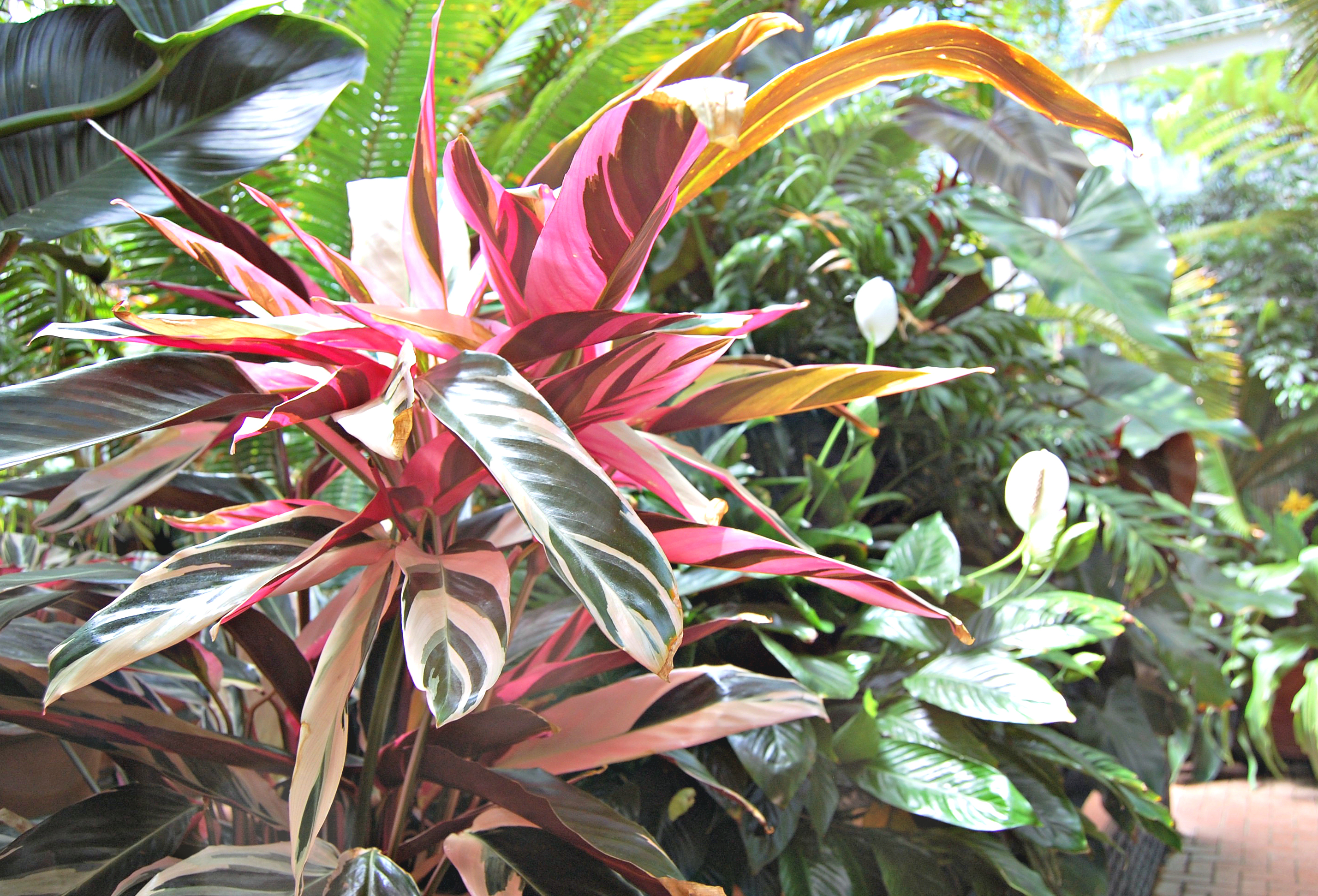 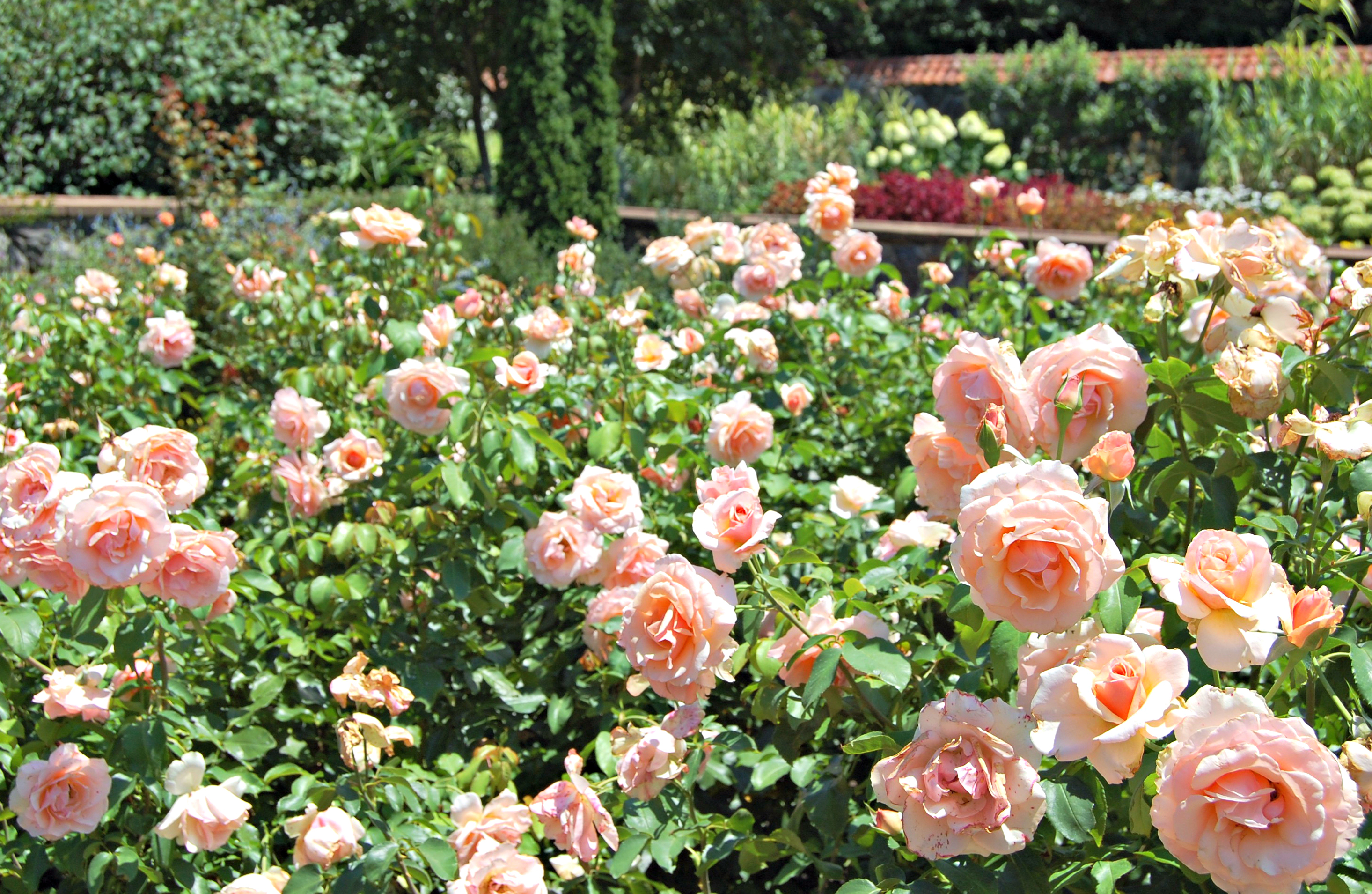 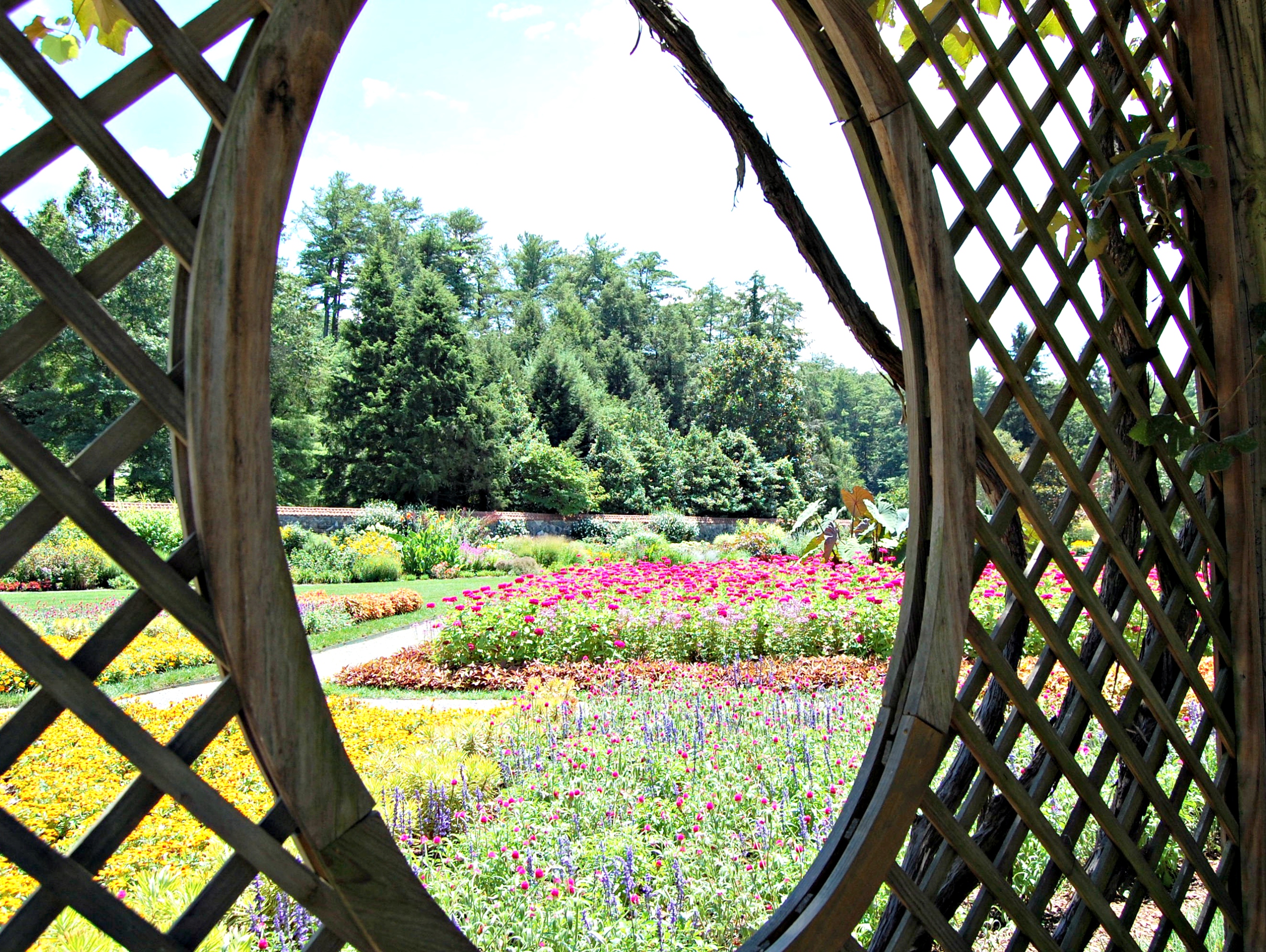 A tour of the home could take hours, depending on pace, and you’ve barely seen anything yet. Because then, there are the grounds. A stroll through the gardens is a visual feast, its menu consisting of more than 250 varieties of roses alone, indoor greenhouses, and a 2.5 mile path that takes you exploring every nook and cranny, if you’re so inclined.

One of the most interesting factoids we learned on our visit was regarding the Biltmore Forest School. The first school of forestry in North America, it was founded by Carl A. Schneck, who was originally brought to the Biltmore by George Vanderbilt to manage its grounds. And I don’t mean trimming its grass; Biltmore is rich with rolling hills and thick, lush forests, and it was Schneck’s job (and subsequently, his teachings), to preserve and maintain the health of those lands. Though the school no longer exists, it did lay the groundwork for forestry education in the U.S. today. As you meander away from the towering home and its colorful gardens, you can see it, right in front of you: Incredible rolling hills, haunting trees, expansive forests. No wonder Vanderbilt picked this place.

Still have time to spare? Good. Because once you’re through with all that, it’s tea time. We drove over (the place is so expansive, it wasn’t walkable even for us), to the Inn on Biltmore Estate—one of the property’s three lodging options—for our high tea reservation at the Library Lounge. We beat the crowds, got a table with incredible views, and did it up. The usual cast made an appearance—finger sandwiches, scones, fruit and cheese—and kept us full until way after dinnertime. The selection of tea was apt, the atmosphere jovial (down to the piano player’s rendition of the Downton Abbey theme song—how appropriate!), and the bar was open. Though, who needs champagne with tea when there’s a winery on property? And that’s exactly where we went next.

Grapes spotted in the gardens of Biltmore Estate

Now, I’m no wine expert—I like it, I drink a lot of it—but Biltmore wine has just never been a very drinkable one for me. But, since I insisted on getting the full Biltmore experience, I just had to give in and cash in my ticket for a free wine tasting (crying all the way, I’m sure). Located in Antler Village, with plenty of shopping, dining, the Biltmore Dairy, and farmyard, a visit to the winery is included with admission, and gets you a taste test of about 5 wines (possibly more, if you ask—we didn’t). It’s a fun break from the outdoors and offers a bit of education on the wine-making process and varieties, which is a plus. But even for this wine-o, the views were too good to keep us at the winery too long.

Because of course I had ice cream.

We didn’t stay on the estate’s property, but I can see the allure: There’s enough here to fill a weekend, and a lot of families had just that idea. The Biltmore is totally kid-friendly, but could just as much be a romantic getaway. It’s nearly like Disneyland, what with its huge resort space and multi-faceted offerings. I’d recommend purchasing your tickets in advance (for a slightly lower price), and if you find that one day wasn’t enough, you can tack on an extra day for $10. The estate also hosts numerous concerts, events, and holiday happenings, so it’d be interesting to visit the Biltmore once a season to see how they compare. Christmas candlelight tour, anyone?