People always question our ability to vacation to Walt Disney World year after year (or in the current case, every other year), but really, there are so many things to discover and revisit. We don’t have kids (yet), and so we look for very adult experiences at the parks that may not be immediately expected or known to those who don’t frequent the mega-resort (read: we don’t miss a chance to consume an alcoholic beverage). The annual International Food & Wine Festival, held at Epcot, is one of those experiences.

First of all, a word of advice: If you’re planning on hitting up the Food & Wine Festival, do it during the week. The lines are shorter, the crowds are less dense, and you won’t find yourself face to face with Florida residents looking to part-ay (unless, you’re into that sort of thing). We split our food journey in half between a Tuesday and a Thursday (we just didn’t have the room in our tummies to try it all in one day), and did it with great ease. When we returned for an unrelated lunch reservation in “Italy” on a Saturday, we saw dudes running around in togas. Totally funny, but also, so not our scene.

We’re calling off vacationing for a bit (so sad, but for a good reason!), and the calendar pointing to the kickoff of one of my favorite festivals has me experiencing some major FOMO. Note: October is the BEST time to visit Orlando. Epcot’s F&W festival paired with Universal’s Halloween Horror Nights is like, the best thing that could ever happen to a person. So anyway, as I was saying; since we won’t be making it to eat around the World this year, it sure helps to manage my feelings of missing it by reminiscing! Here are the best things you should definitely be eating when you visit the Food & Wine Festival this year. Bon apetit! 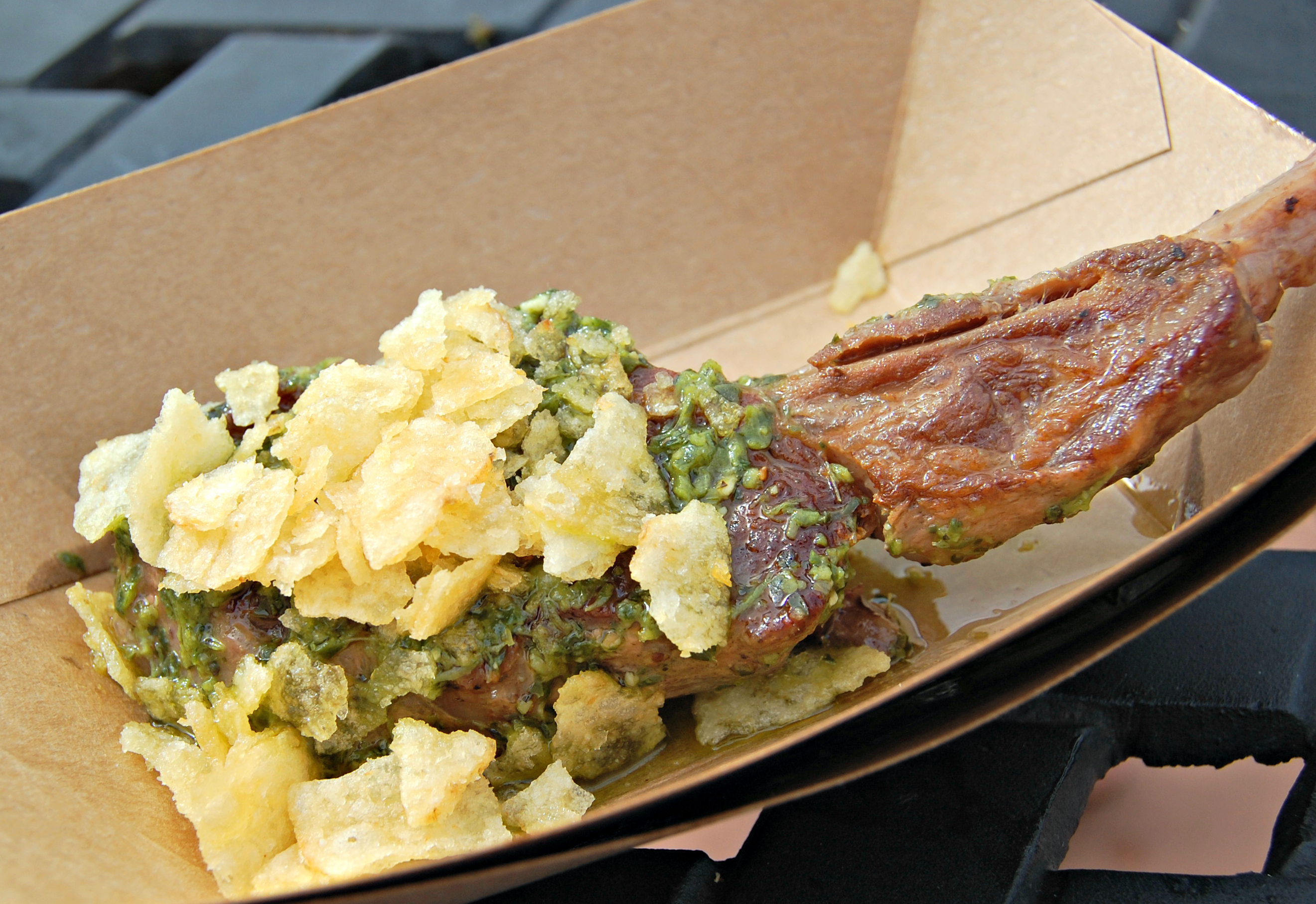 Starting things off strong with the best dish of the festival. Austalia’s lamb chop was tender, so well-cooked, and the beautifully paired mint pesto and salty potato chips offered an incredible crunch that I tried really hard to hog to myself (sigh, I had to share). It’s on the menu for 2015; do yourself a favor and don’t miss it. 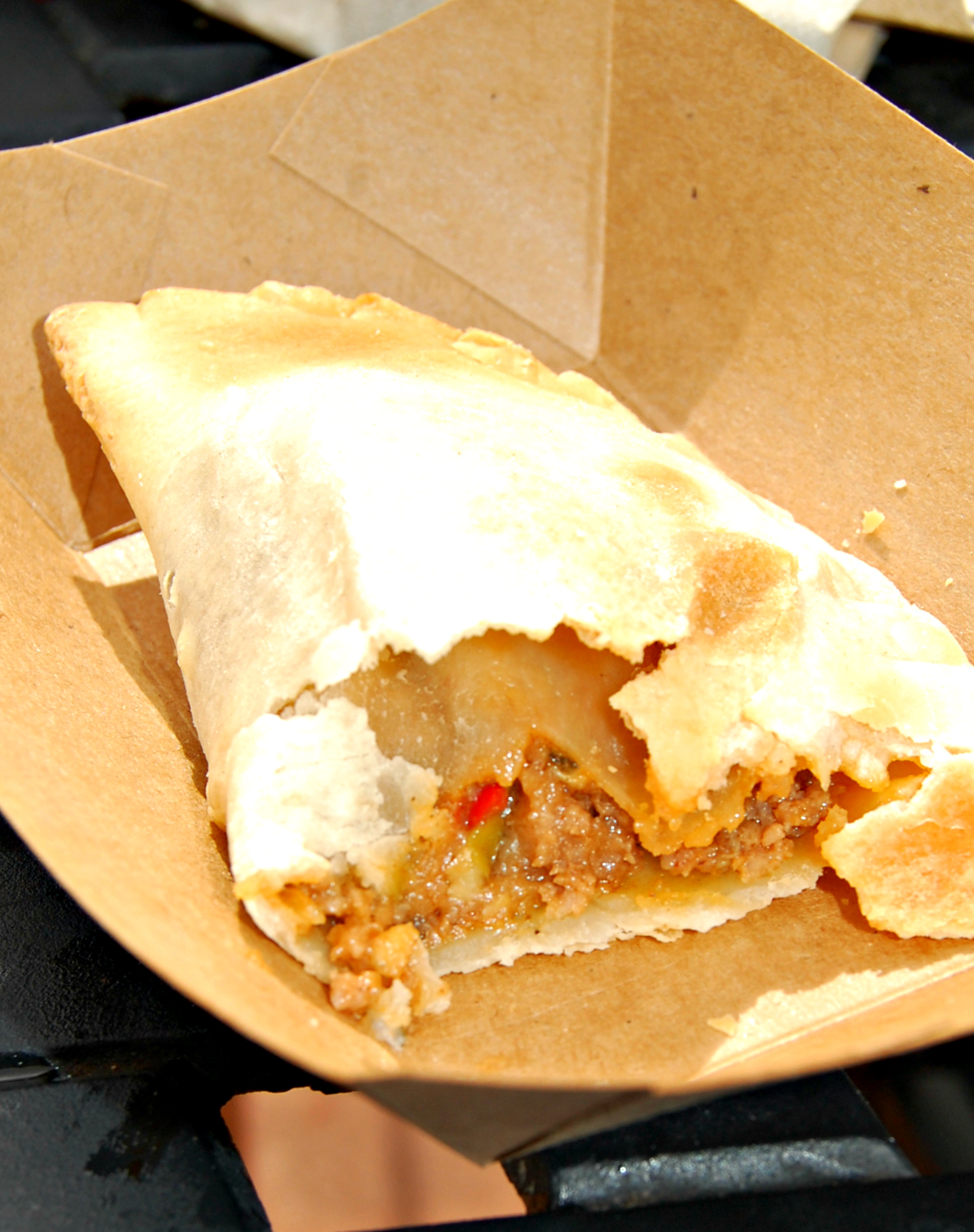 To be fair, I can’t resist an empanada. I probably even like the lousy ones. But this one, from the Argentina Marketplace, was crisp on the outside, and piping hot on the inside. The beef was wonderful and the seasoning spot-on. Argentina does not specifically have its own booth this year but you’ll find its offerings at the Patagonia Marketplace; a representation of Argentina and Chile. You’ll find the same empanda on the menu there.

Shrimp on the Barbie with Pepper Berry Citrus Glaze, Australia

Another win for the Australian Marketplace! The shrimp was cooked to perfection with a flavor unlike any other I’ve had. Shrimp can be hit-and-miss, I feel, and the way that this was done was just so memorable (only second to the shrimp we tasted in New Orleans). The shrimp on the menu for 2015 is slightly different, said to be served with pineapple, peppers, onions, and snap peas, so I’m interested to hear how it compares. 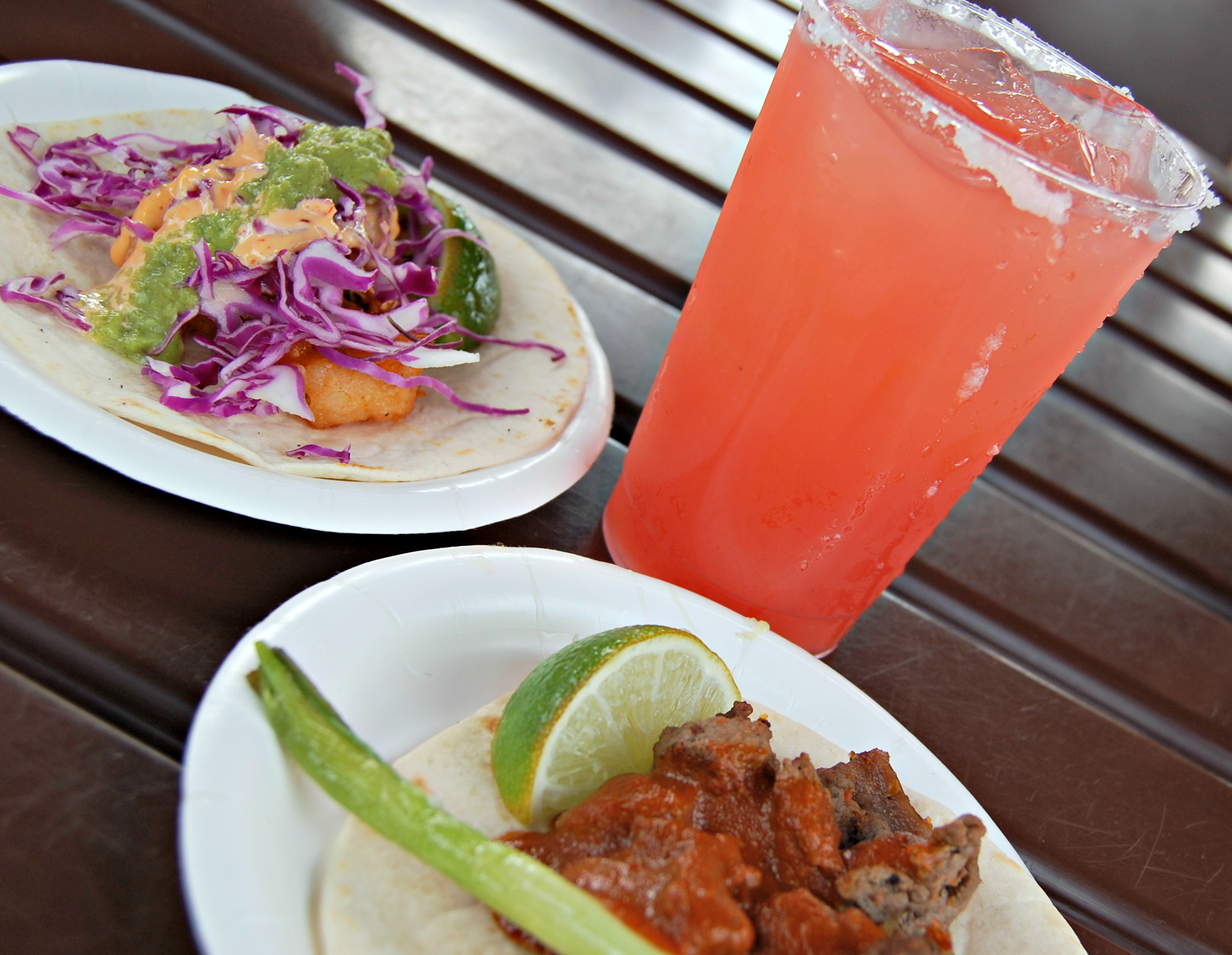 We tried both the tacos de camarón and the tacos de filete from the Mexican Marketplace, and again, the shrimp won out. They were delightfully crispy, and doused in a slightly spicy chipotle mayo that made it irresistible. The Lime Strawberry Margarita on the Rocks was a delicious pairing, and we left very satisfied—but not full (yet). The shrimp tacos are on the menu this year, and you’ll enjoy pairing it with a guava margarita, which is making an appearance for 2015.

OMG, I love bao. Like, so much. I order it anytime I see it on a menu, dim sum or otherwise. So of course, this plate was amazing. The beef was surprisingly tender (despite its appearance), and the accompanying sauce provided a delectable pairing with the sweet bun it came on. We chowed it down with a Happy Lychee vodka-based cocktail, and happy, we were indeed. There appears to be a Gaoli Beef Slider on the menu this year; I’m not sure if it’s similar or not.

I am picky AF about my pulled pork, ya’ll. I fell in love, earned my education, and lived in North Carolina for years, and my allegiance to its brand of barbecue is second to none. That being said, this slider from the Hawaiian Marketplace was pretty darn impressive. Sweet pulled pork paired with juicy pineapple and spicy sauce made this one of the must-have plates of the festival. I know I’m not alone in dreaming about this one. Thank the Disney Gods that this one is being featured again this year. Don’t miss it!

Let me start by saying that Le Cellier is arguably one of the best restaurants on Disney property, so I was excited when the Canadian Marketplace had this on its menu. It was good, very good. But don’t even think that you can compare this to what’s served in the restaurant itself—it’s not. The meat is less tender (though it could be the piece we got). And without the entree’s typical accompaniments, it paled in comparison. Still, for the price, you get a piece of Le Cellier on the fly, and that is never a bad thing. Give it a shot this year, especially if you’ve never had the opportunity to dine in “Canada’s” finest establishment. 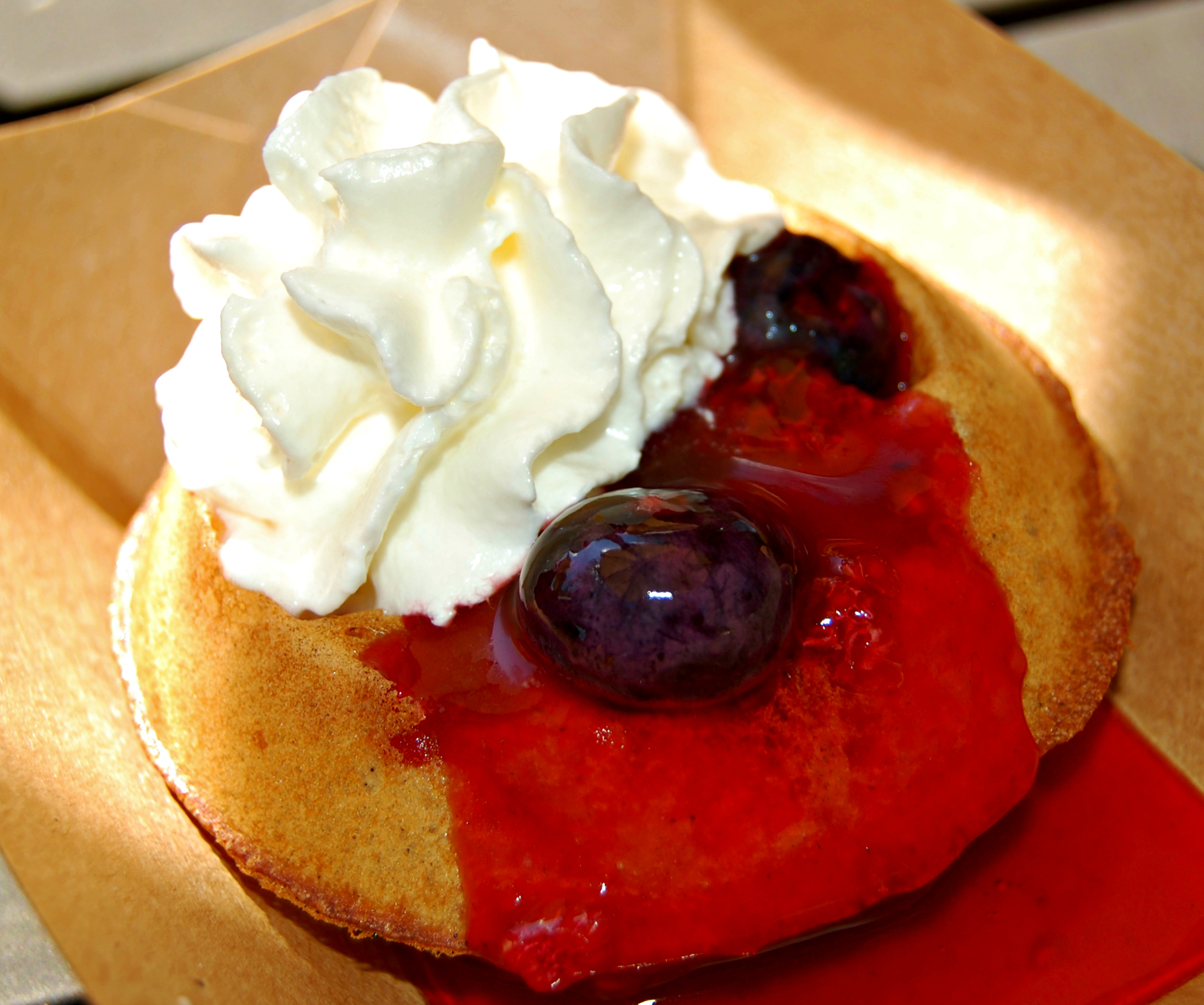 I have to admit, I thought a waffle was just a waffle. But I hadn’t yet had this waffle. This beauty, with its tangy-sweet berry compote sauce, and delightfully crispy exterior, was fantastic paired with the Godiva chocolate liqueur coffee. You can find both on this year’s menu.

Not quite as good as the pierogies we recently made, but I couldn’t consider myself a good Polish girl without giving these a try. Pair the dish with a glass of champagne, and you’ll have a nice little taste on your food journey through the world.

We’ll be missing you in 2015, Food & Wine Festival, but perhaps we’ll catch you next time!