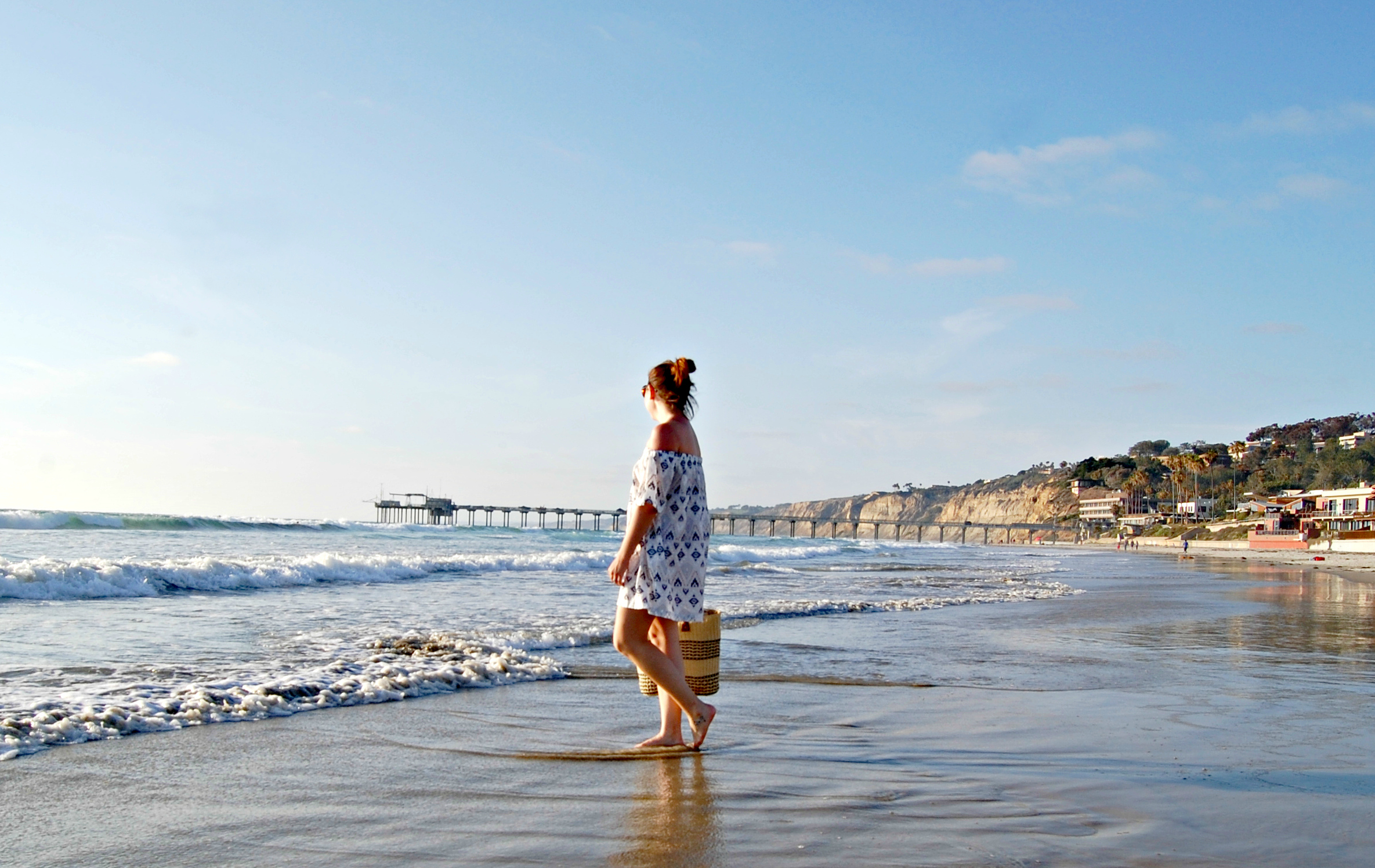 Let me first say that you won’t often find us lying down on vacation. We’re movers, explorers, walk-til-you-pass out kind of travelers. I blame J, who often jam-packs our schedule with a zillion and one things to do (and I always end up supremely grateful that he did). But La Jolla (and its nearby locales)…that was something different. We kept busy, sure, but the general laid-back, tie-dye point-of-view of California (bonus points if you can name that movie), had us feeling quite content in taking it slow—mostly.

Pulled up to the La Jolla Shores hotel in our trusty rental car—cute, isn’t it?

After numerous wine-fueled nights of planning, we finally decided to book a room at the La Jolla Shores Hotel in La Jolla Cove. We discussed staying in San Diego, but since we live in a city of our own, we decided that the pace of a beach vacation sounded much more desirable—and a drive into San Diego was only 20 minutes away (less, with a lead foot like mine). The second we walked into the airy entrance of the hotel, with its heavily Spanish-influenced décor and beach front views, we knew we had made the right decision. 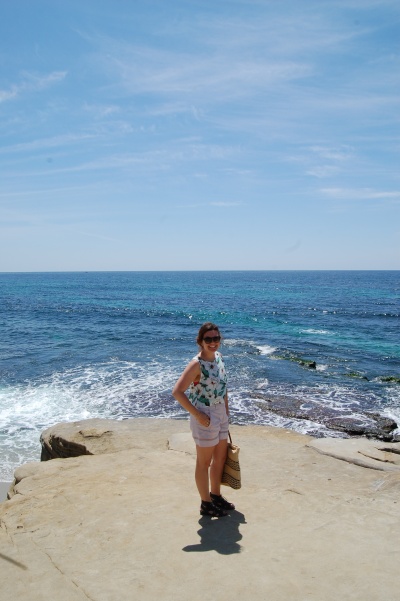 The beaches of La Jolla and La Jolla Cove are pristine, with waters that swirl with turquoise against an ocean of dark blue, and seals that come up to the beach to catch the sun with the rest of us. The landscape is a cliffhanger—literally—and a walk along the beach is interrupted every so often by the towering natural formations. Not that we minded that at all; it’s humbling to be made to feel so small next to something crafted by nature (and to stand on the edge of a cliff and look down, now that is a cool, albeit scary, feeling). 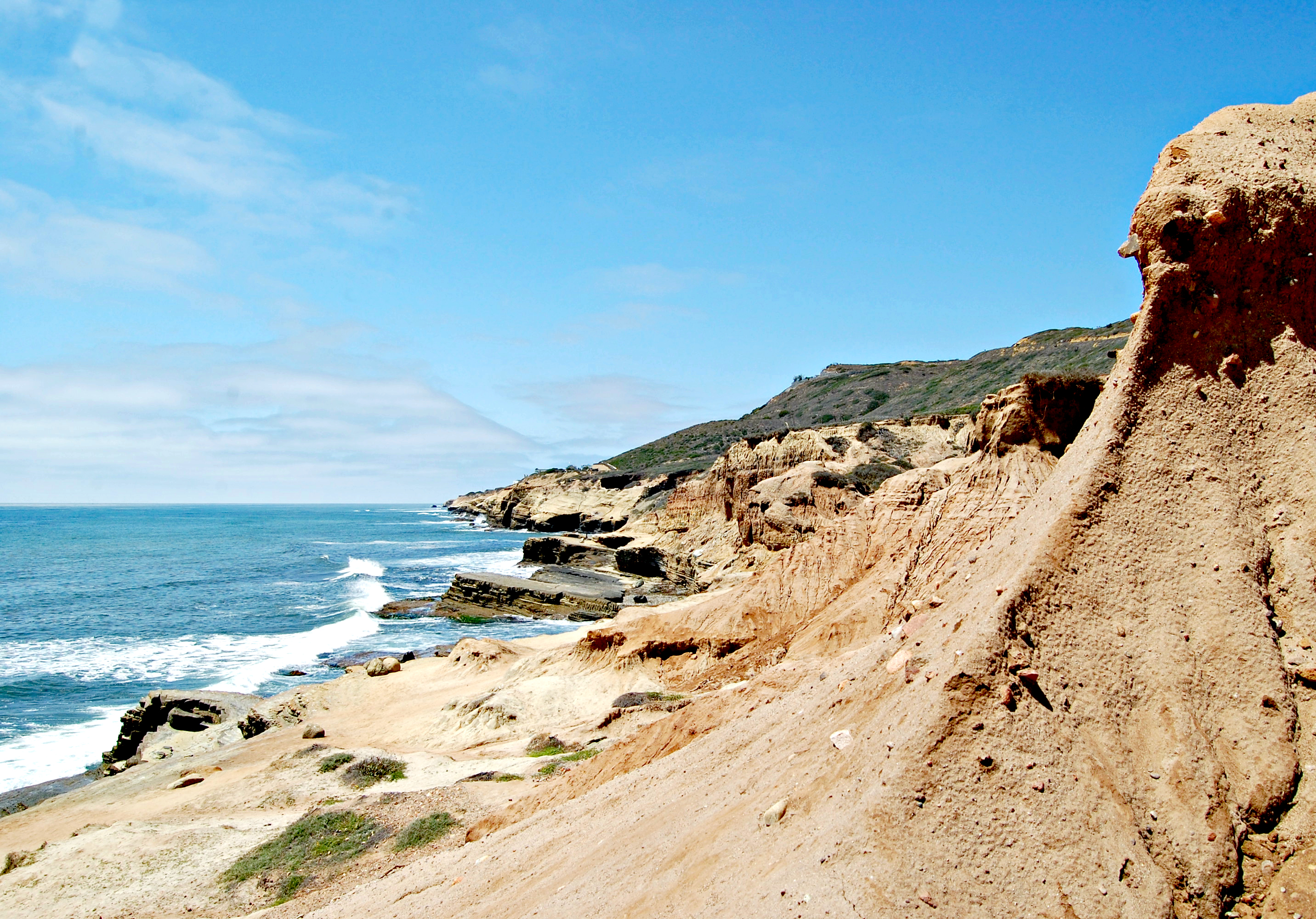 A quick trip to Point Loma offered some of the best views of San Diego and neighboring Coronado, but the most intriguing spot for me was found down by the tidal pools. The area boasted high cliffs (and extremely brave visitors, both young and old), that you could climb on all the way to the edge, stretching outwards to the sea. Views were supreme, and the vibe was just completely freeing. 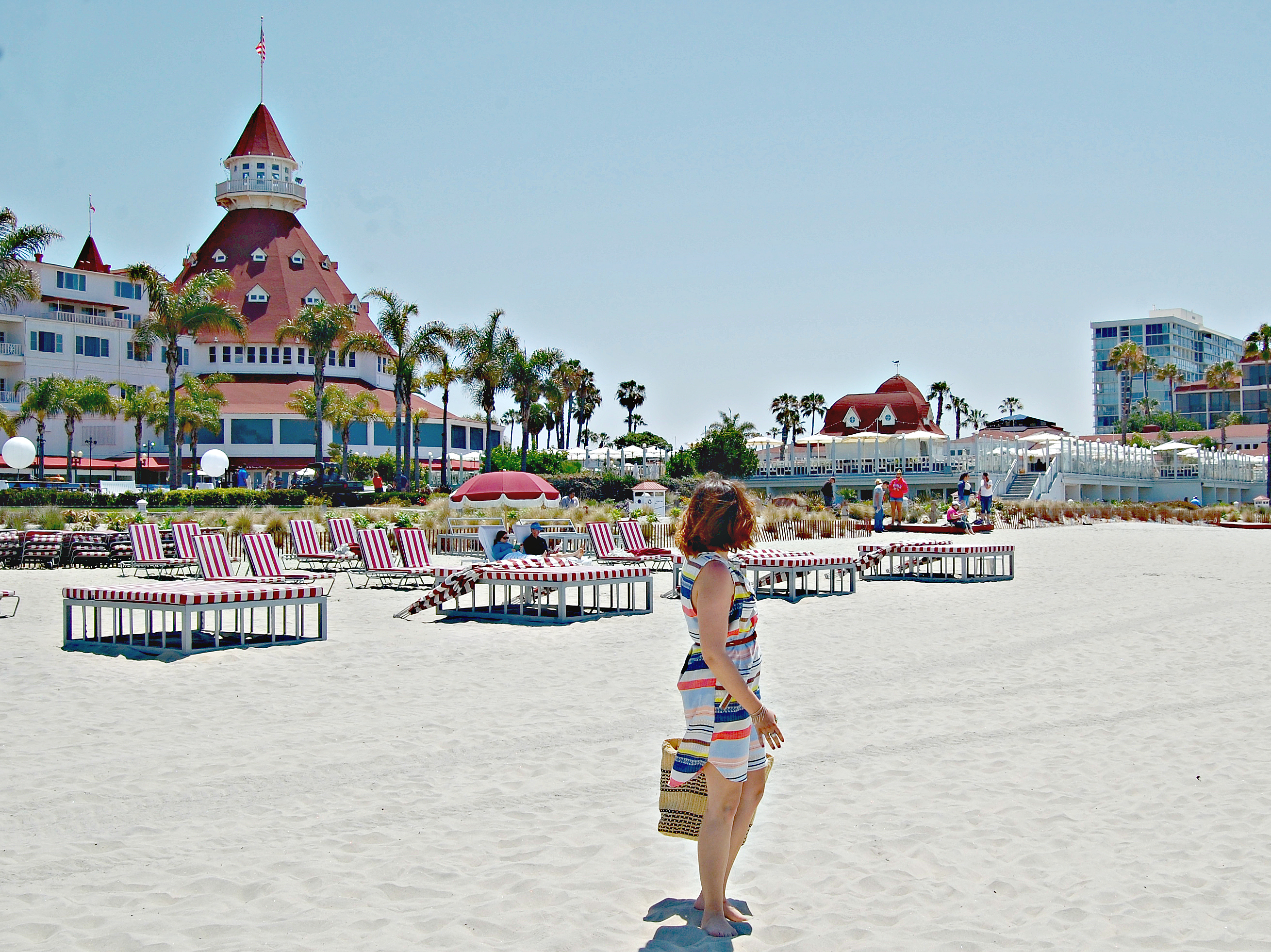 I have a lot of things that I claim as favorites—probably too many (I’ve got a lot of love to give). Among those are 1) Walt Disney World; and 2) Marilyn Monroe. What does this have to do with a trip to the Del? Well, to me, nearly everything. Hotel Del Coronado is a magnificent piece of history, most recognizably recreated in Walt Disney World at its Grand Floridian Resort. I’ve been to the Disney resort countless times, but always fantasized about planting my feet on the sands of the original. And where one of my favorite movies stars is concerned, the 1959 film Some Like It Hot took place largely at the resort, and to my pleasure, plaques located on its grounds paid tribute to moments from the film. This (half) day trip was truly a dream come true.

Stay tuned for more highlights from our California getaway!